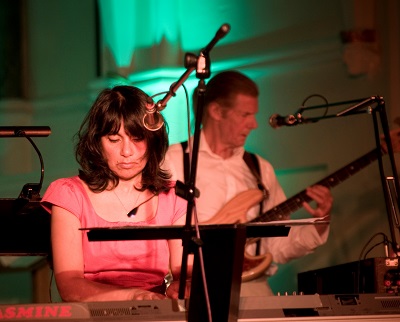 What can be said about Yasmine & Peter Giles that has not already been said, seen, heard and felt? Two consummate musicians who separately played music as children, and together make sweet music as husband and wife! Peter is a Bournemouth boy, and founder member of the original progressive rock band King Crimson, who joined forces with London rising star Yasmine to create their own unique sound and style of cover versions. They have a wealth of gigging experience in top venues on the London music scene playing pop, latin-jazz, rock and soul classics. They are currently recording a CD of original songs slated for worldwide release next year.