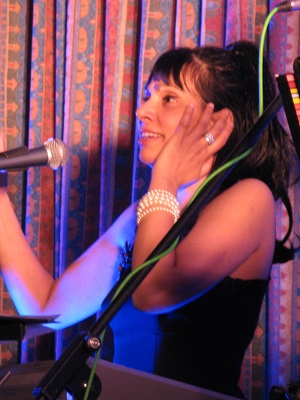 Yasmine's great love is pop, jazz and latin music. She learned her performance craft playing extensively in virtually every 5 star hotel in London, as well on the jazz circuit (Pizza Express Dean Street, The 606 Jazz Club, The Vortex, and regular concerts at Pizza on The Park). An exceptionally musical child, she began playing the piano at the age of three, later auditioning but declining to attend the Yehudi Menuhin School when she discovered jazz, pop, soul and latin music at the age of 11. She taught herself all these genres of music by ear. She auditioned for BBC TV’s The Big Time - Pop Singer, and was runner-up to Sheena Easton (James Bond, 42nd Street), and was offered the lead role of Nala in The Lion King in the West End and Los Angeles without audition when she moved to Surrey from her hometown of London. Her great love was, and always will be, as a singer/pianist.

Uniquely, despite being able to play anything by ear, and with full training as a classical pianist and in the Bel Canto vocal opera technique, Yasmine neither plays nor sings classical music! She is currently recording a CD of original songs slated for worldwide release next year. These songs are being produced by her husband and bass player Peter Giles, one of the original founder members of the legendary progressive rock band King Crimson. Yasmine has an amazing repertoire - just take a look!