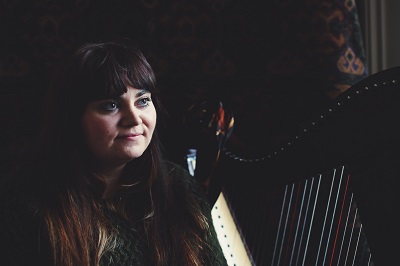 Born in Co. Antrim, the Irish multi-instrumentalist Susan started fiddle and singing lessons at eight years old. Her love of traditional music soared when she started playing the harp at the age of eleven.

The start of her performing career came at a young age when a family friend, Leith Burgess, asked her to play a concert for him after hearing her play at her grandparents’ house.

By performing all over Ireland, she soon became recognisable by her elegant and meticulous playing. Susan’s audiences have been extremely varied, playing to thousands and even for the Irish President on several occasions.

Surrounded by rich traditional music, she excelled in her playing on many levels, gaining grade eight with honours in Irish traditional harp at the age of sixteen. The twenty-one year old is currently in her third year of study at the prestigious Royal Conservatoire of Scotland in Glasgow.