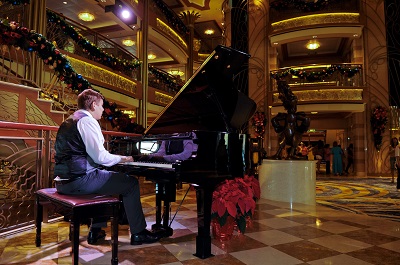 Robert is a pianist and singer who graduated from Leeds College of Music in August 2012 with a degree in Popular Music, Piano and Composition. Robert has been working across the world for the largest entertainment company in the world, Disney performing at over 100 weddings in the last 2 years. From music as you walk down the aisle to pinao and vocals at your drinks reception, Robert can offer something special. Robert has an ever expanding repertoire ranging from the swing kings of the Rat Pack to modern acts such as Sam Smith and Ed Sheehan and also covers all the piano legends, Elton John, John Legend, Stevie Wonder and Billy Joel to name a few.