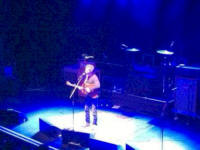 By the age of 28 Chris had been part of the music scene with many different bands having had the most success with The Good Die Young. Chris was also writing his own material by this stage. Chris then moved to performing as a solo artist and released his first solo album, in 2010.
Chris has performed various nights in the Ski resort Montgenèvre at La Graal playing cover songs for Apres Ski and more recently Chris has done work for various TV and film productions.

Chris is available to perform solo acoustic for conferences, weddings, parties and other functions playing cover songs or original material. He can also arrange play lists for DJ following his sets.

Chris can offer a wide range of covers.