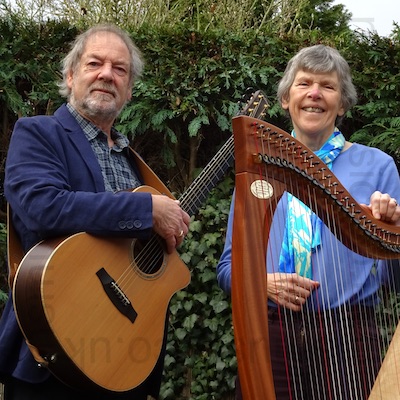 The DR Folk Band play at a wide variety of events, and play beautiful music to suit the occasion. This could be gentle harp and flute music from Wales or Ireland, or lively jigs and reels from Scotland, USA and elsewhere played on fiddle and guitar. They sing a selection of melodious folk songs, accompanied by flute, harp or guitar.

The aim of the DR Folk Band is to make your event go well, with the mimimun of fuss, and maximum enjoyment.

Photos and audio are of a three piece band. They now only play as a two piece.