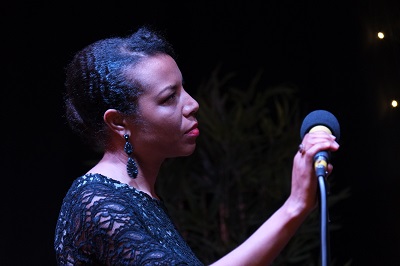 With her natural rhythm and phrasing, Tracey receives great compliments at virtually every performance she gives.
She has performed for audiences of up to five hundred people, at many of London's top venues including Whitehall, The Sheraton (Park Lane), Russell Hotel and The Renaissance Chancery Court Hotel, to name just a few.

She has been requested to perform at a wide variety of events including the Ealing Jazz Festival, the Annual Conference Gala Dinner for the British Psychological Society and the Mayor and Mayoress of Watford's garden party. In addition to performing at many venues in the UK, Tracey has also performed in the US with well respected players; saxophonist, Leroy Cooper (Ray Charles), drummer, George Miles (Jazz Hall of Fame) and Bass Player, Bernie Lee (BB King).

Tracey's penchant for a great song covers some of the great Jazz Standards, Bossa Nova and blues songs which always go down well with audiences.