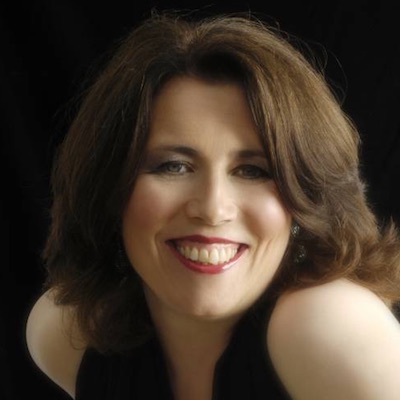 Sarah-Jane has given recitals at the Royal Opera House, Covent Garden, Banqueting House, Whitehall, in Russia (Moscow and Tver), Dulwich Picture Gallery, Hammerwood Park, Leighton House and Lauderdale House and for numerous music clubs and private clients throughout the country.

She studied at the Guildhall School of Music and the Britten-Pears School in Aldeburgh.

She is also the winner of several awards including the Susan Longfield Award, Caird Foundation Travelling Award, Wingate Scholarship, Schubert Prize and Ann Wyburd Awards (GSMD) and was runner-up in the International Voices of Discovery Competition.

This option is for Soprano Sarah-Jane as a soloist, either performing with backing tracks played over a sound system provided by her, or with an accompanist supplied by you. Repertoire list also includes jazz pieces. Some of the pieces listed may only be played when Sarah-Jane has an accompanist, rather than backing tracks.

Through the Cardiff Singer of the World competition she was chosen to represent the UK in the Rimsky-Korsakov Competition at the Marinsky Theatre in St. Petersburg, reaching the semi-final.