Function Bands - for your Event

To see available Function Bands
select your County or Location 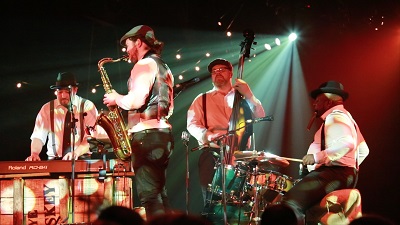 Hysteria - Def Leppard: This album was to follow their success with Pyromania. Thier singer Joe Elliott, guitarists Steve Clark and Phil Collen, bassist Rick Savage, and drummer Rick Allen moved to Dublin with producer Robert John "Mutt" Lange, (who soon left), leaving Meat Loaf guru Jim Steinman to have a go."! was saying how great it was to be in the city of Yeats and Joyce," recalled Steinman. "Joe Elliott said they hadn't met any local musicians yet."

Tragedy struck on New Year's Eve when Allen lost an arm in a car crash. The rest of the band continued with spimd engineer Nigel Green, and Allen returned in April, playing an adapted electronic kit. Lang returned at this point to finalise Hysteria, a title thought of by Allen. Lange didn't like what had been achieved, and started over again. The album, Hysteria was only completed in January 1987 after the band's success at the UK's Monsters of Rock festival and acheived seven hits in the USA. The grinding "Women" , the glossy "Animal" and "Hysteria" with "Pour Some Sugar On Me" a screaming crescedo. "The album achived  almost a million copies a month (U.S. sales were to hit 12 million). The bittersweet "Love Bites" topped the Hot 100, the tongue-in-cheek "Armageddon It" and "Rocket" brought up the rear— and Hysteria etched itself into history 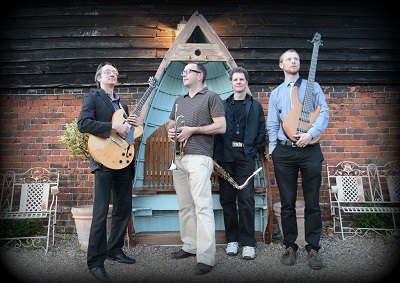 Elvis Is Back! - Elvis Presley: This was RCA's first recording of Elvis after he left the army. Reassembling the top musicians from Elvis' pre-draft days meant that the King felt at home with the band. That said, the first two songs, "Make Me Know It" and "Soldier Boy," took a long time to get right. But then both sides of a single were cut very quickly ("Stuck On You" was to be in stores within days), and the band and Elvis were in the groove again.

The final two recorded songs shot Elvis right back to his roots after 24 long months in the military with "A Mess Of The Blues" and "Feels So Right".

After another fortnight, the band got together to record eight more songs that were needed to complete the LP. This time it flowed. They did pop ("The Girl Of My Best Friend"), they did opera ("It's Now Or Never"), they did torch {"Fever"snd"Are You Lonesome Tonight"), and then did risqué ("Such A Night,""Like A Baby," and "Reconsider Baby"). Twelve fantastic tracks.

The Visitors - Abba: After longer at the top of the pops than most bands could even dream of, Abba—once comprising two happy couples—had morphed into a great songwriting/production team (Benny and Bjb'rn) but with two ex-wives (Agnetha and Anni-Frid) who were no longer the best of friends. The intense life of this quartet over eight years had taken its toll. After their formative years of creating tuneful Pop, Abba were maturing—a development reflected in their music and particularly in Bjorn's lyrics.

"When All Is Said And Done" was written about Benny and Anni-Frid's separation, although the first single, "One Of Us," was a more general story of the stresses of love.  "Head Over Heels" peaked never quite made the UK's top 20 and their days at the top of the Pop spectrum were numbered.

The title track related to the agony felt by political activists in Russia, and "Soldiers" was built along similar lines, while "Two For The Price Of One" was a strange story about an advertisement for a lover placed by a girl and her mother.

One couldn't expect an album by divorcees to be as happy and spritited as an album by two happily married couples, nevertheless The Visitors became Abba's seventh consecutive UK chart-topper, and is the deepest of thier original albums. After this album, Benny and Bjorn contineued to make musical headlines—mainly for Chess, the musical on which they collaborated with SirTim Rice