Covers Bands - for your Event

To see available Covers Bands
select your County or Location

What songs do you want your Cover Band to perform? The best way to find a band is to select your county from the drop down box above, brows the bands, listening to some of their tracks and looking a their repertoire lists. (Remember that they are not complete repertoire lists, just a guide to the kind of songs they sing). You will soon home in on what you like. Then send us an enquiry including up to 6 bands so that we can email you a quotation.

But in the meantime, here is what one of our customers listed as their ideal set list. I doubt it coincides with your ideas, but you never know. 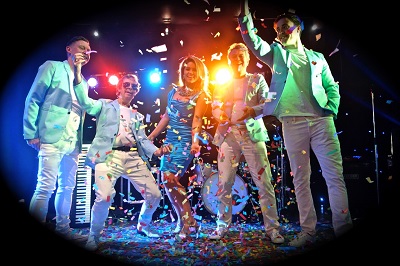 
Anything from Van Morrison's MOONDANCE

Van Morrison became a cult hero  with his1968 LP Astral Weeks . But this album, Moondance was his first U.S.Top 30 recording, and also his first to achieve platinum. When Morrison wrote many of these songs he was living in idyllic Woodstock'. Some of the musicians he gathered around him for the album stayed with him for several years, including horn player Jack Schroer, guitarist John Platania and Jeff Labes on keys. Moondance reveals Van Morrison as a skilled songwriter and inspiring vocalist.

The sound is bigger, meatier, in Moondance than in the acoustic Astral Week,  including a horn section to add punch and contrast. The first side of the LP includes "And It Stoned Me" is an evocative description of adolescence, while the jazz-influenced title track remains one of Morrison's best-loved songs. "Into The Mystic", a sailor's ballad, is a moving poem on the wonders of love; the strings complementing his vocals. Other tracks are positive and uplifting e.g. the ending of of "Brand New Day,"" Everyone," and "GladTidings."

Van Morrison had a U.S. Top Forty hit with "Come Running." This was the beginning of his solo career.

SMOKE ON THE WATER Deep Purple 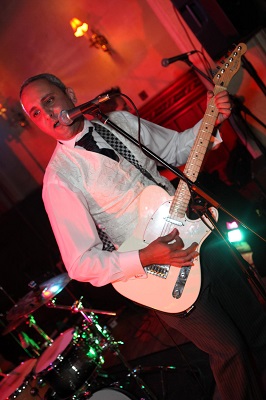 Anything from Deep Purple's album - In Rock

A milestone in the history of hard rock, Purple's fifth set was released as another Middle Eastern war loomed in mid-1970.  The results was loud and violent . The material had progressive tendencies, a powerhouses for which In Rock is revered: Glover's Hendrix-styled juggernaut "Speed King/' with Gillan's evil laughter and screaming, the wailing "Hard Lovin' Man," and "Into The Fire," whose hot riff is molded on  Black Sabbath. Then, in—"The story of a loser," Purple wrote, "It could be you." "Child In Time" both eloquent and bombastic reaches a  shrieking climax is a perfect example of Purple and its troubled times.  This album was recorded at three different London studios between October and the following April.

Anything from Guns N' Roses - Appetite For Destruction
Guns N'Roses outshone contemporaries like Faster Pussycat because not since Van Halen had such a compelling mix of musicians (mood-changing Axl and virtuoso musician Slash) The punk drive of McKagan lay behind "It's So Easy,""Nightrain," and "Paradise City" (another U.S.Top Five single), while Slash and Axl spat lines like "Welcome To The Jungle"and "Rocket Queen." They looked cool, they swore, they fought, but they rocked. Appetite for Destruction sold15 million sold in the USA alone, and will go on to thrill forever.
WHOLE LOTTA LOVE Led Zeppelin
I SHOT THE SHERIFF Eric Clapton
KISS Prince
YOUR SONG Elton John
Money for Nothing Dire Straits
A Horse With No Name America
Iris Goo Goo Dolls
Superstition Stevie Wonder
Country Roads John Denver
Tush ZZ Top
Hard to Handle Black Crowes