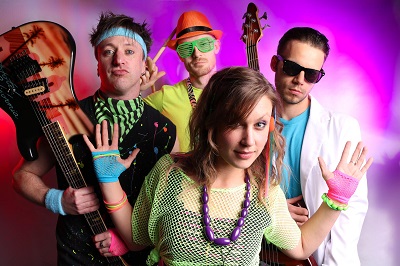 The JP Band is a magical combination of the most popular songs of the 80s played by some of the most talented musicians around. Madonna, Soft Cell, Flashdance to the more rock Guns n Roses, Europe, Bon Jovi and even some of the most popular songs from movies of the 80s. Every song is a hit and the band can play them all! This exciting band delivers with endless energy, anywhere, every time and with sheer class. Members of the band have played with some of the greatest acts in the world, including Ozzy Osbourne, The Script, Paolo Nutini, Amy Winehouse, Girls Aloud, Eliza Doolittle, Reef, Pitchshifter and Gary Moore. They have also appeared on ITV, BBC1, T4 and MTV!